The lightweight fuel is key to companies' latest decarbonization plans. Pulling off a transition from gas won't be easy — or cheap. 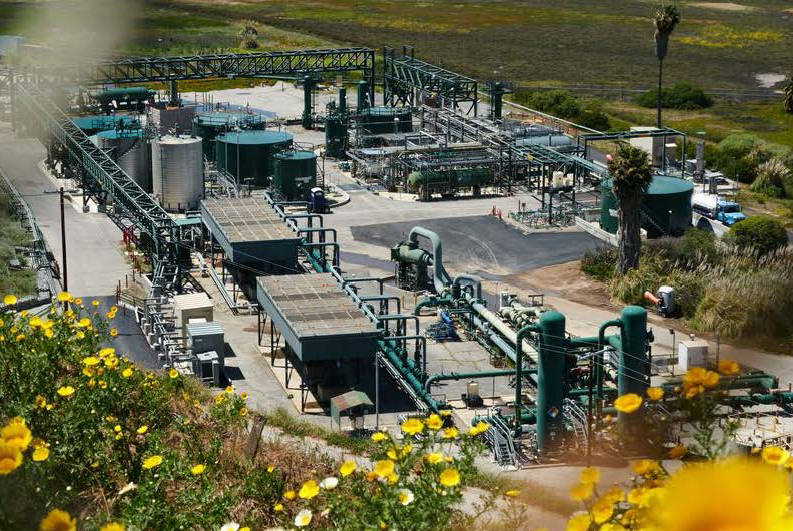 
Utilities that run on natural gas have been fervently touting hydrogen as a key way to remain relevant in a world rapidly rethinking fossil fuels. The reality is going to be more complicated.

Hydrogen is a lightweight gas often marketed as cleaner than fossil fuels, with even environmental critics agreeing it has a role to play in decarbonizing heavy industry. Now, U.S. utilities are jumping on the hydrogen bandwagon, announcing over the past two years more than two dozen projects involving its production and distribution. From Dominion Energy Inc.'s pilot plan to blend the fuel with natural gas supplies in North Carolina to Southern California Gas Co.'s proposed pipeline system to supply pure hydrogen to Los Angeles, outlining a future awash in hydrogen is on seemingly every energy company's to-do list.

There's no question why gas utilities whose entire business model appears to be under existential threat would be leaning into hydrogen as a potential savior: As a whole, they've been trading at a discount to electric utilities because investors are worried that anti-gas bans like those in California and New York City will erode their core business. With gas utilities now talking about decarbonizing their systems by blending in hydrogen or biogas — or even supplying pure hydrogen to industrial users in some cases — investors can more easily envision a future for gas-powered utilities. 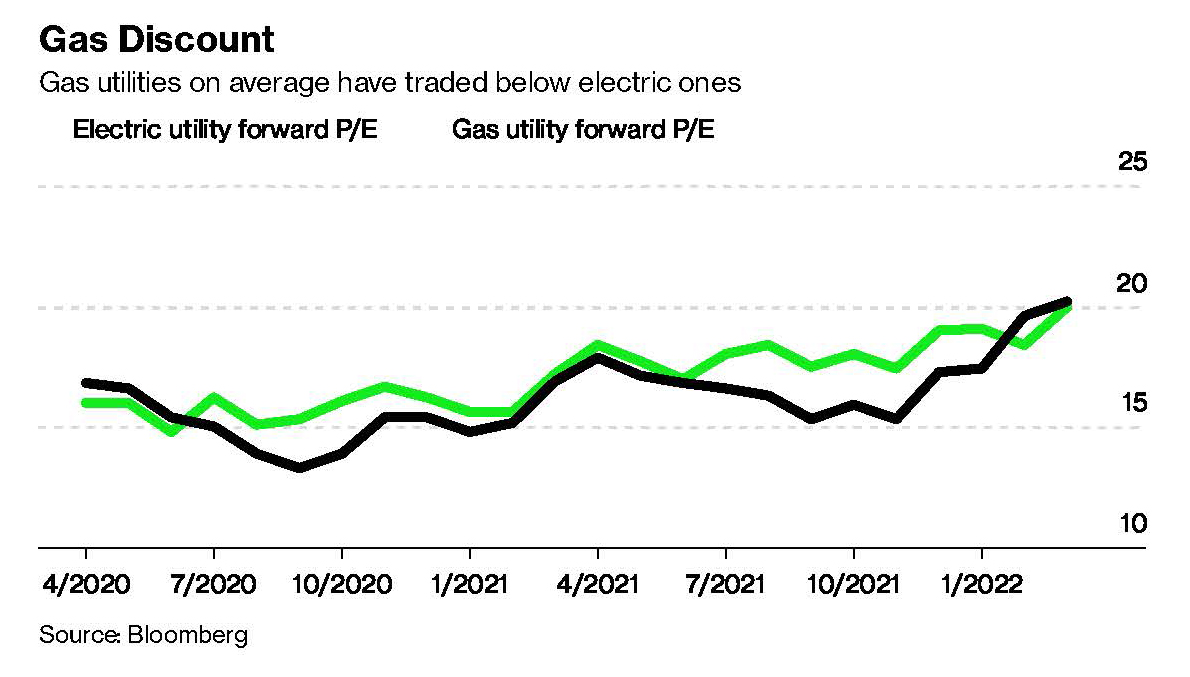 Still, gas utilities are far from out of the woods. As exciting as hydrogen sounds on a quarterly earnings call, companies will first need to overcome major roadblocks including high costs and limits on how much of the fuel can be cleanly produced and used in existing gas infrastructure. And while hydrogen doesn't emit carbon dioxide when burned, some studies even raise concerns about its impact on the environment.

"Gas utilities may view hydrogen as attractive from an investor standpoint because incorporating hydrogen allows them to continue as business-as-usual to an extent," said Dan Esposito, a senior policy analyst at Energy Innovation, a San Francisco-based energy policy research group.

But it won't be so easy. Here's a look at some of the biggest obstacles standing in the way of utilities integrating hydrogen into their systems:

Challenge No. 1: Costs
While hydrogen is the most abundant element, it's also very energy intensive to isolate. Most hydrogen is currently produced through a polluting process called steam-methane reforming that uses steam to strip hydrogen from natural gas. To produce green or "emission-free" hydrogen, renewable energy is needed to power an electrolyzer that can split hydrogen from water molecules.

That process is expensive: Green hydrogen, the only carbon-free version, now costs about four to five times more than natural gas, according to a BloombergNEF report. That said, costs are forecast to fall rapidly between now and 2050, as long as investors are willing to be patient. 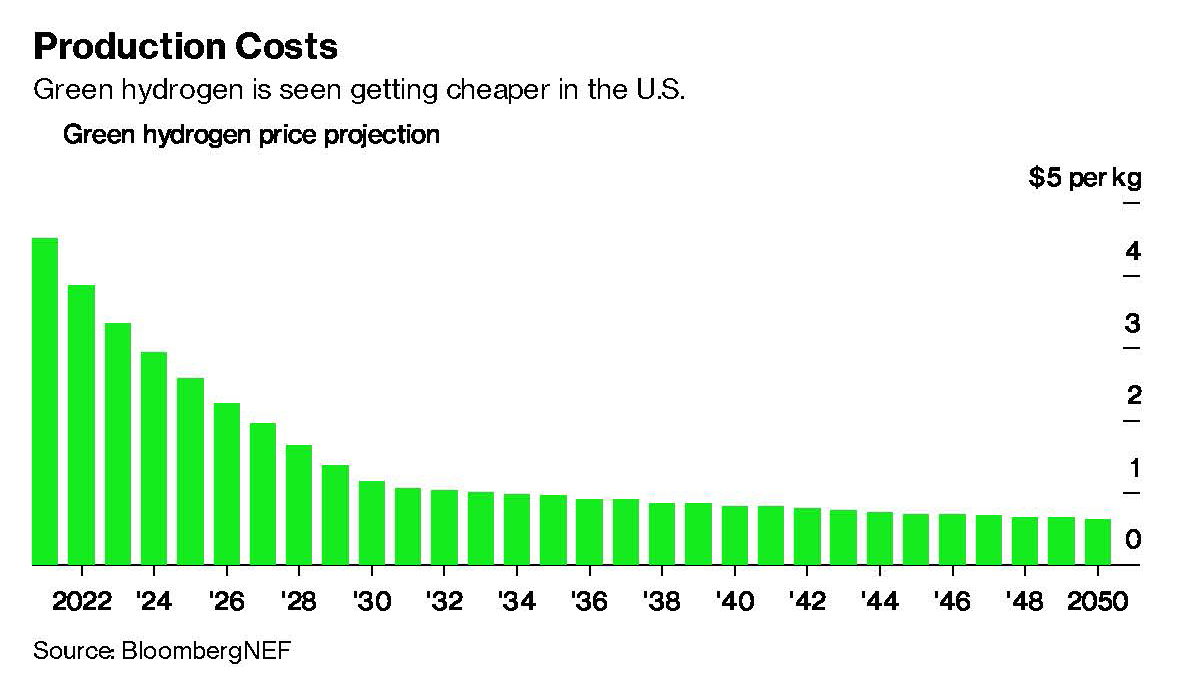 In addition to the high cost of production, there will be pricey infrastructure needs for utilities to pull off a hydrogen future. To meet about a quarter of the world's energy needs by 2050, it will cost more than $11 trillion in investment in production, storage and transportation, according to a report by BloombergNEF. SoCalGas's proposed Angeles Link project, which would require the construction of hundreds of miles of new pipelines to deliver green hydrogen to the Los Angeles area, could ultimately cost billions of dollars if approved by regulators.

"Green hydrogen production requires all new infrastructure, from renewable generation sources to electrolyzers to hydrogen transport to storage to end-use application," said Kenneth Medlock, senior director for the Center for Energy Studies at Rice University. The hope is that green hydrogen pilots can reveal the potential to reduce costs as well as economies of scale in production, which would make the fuel's green production cheaper over time.

Challenge No. 2: Pipeline Issues
Replacing natural gas with hydrogen sounds particularly appealing for shareholders at gas utilities for a key reason: That like-for-like swap suggests the existing gas pipelines already in use will find a second life in a post-fossil-fuel world instead of becoming stranded assets.

But hydrogen has much different properties compared to natural gas, and there are limits to how much can be blended into existing pipeline systems. Hydrogen is the lightest and smallest molecule in the universe, so it can more easily leak out of pipes and other parts of the gas network designed to transport the larger methane molecules that are the main component of natural gas.

In addition, hydrogen behaves differently with certain metals and as result it can degrade and embrittle steel pipelines that are typically found in the nation's high-pressure gas transmission system, said Jack Brouwer, director of the Advanced Power and Energy Program at the University of California, Irvine. Compressor stations designed to move natural gas don't work well with hydrogen either, Brouwer said, so those would also need to be upgraded. Local distribution lines, which are mostly made of plastic, can carry higher levels of hydrogen, but there are still limits on how much of the fuel can be safely delivered to homes and businesses.

Utilities including Sempra Energy's SoCalGas are now testing how much hydrogen can be safely blended into their existing gas networks. SoCalGas — which sells natural gas to nearly 22 million homes and businesses and last year committed to becoming carbon neutral by 2045 — said that preliminary testing at its lab shows that up to 20% hydrogen blend can be used in home gas appliances.

Challenge No. 3: Environmental Concerns
An 80-20 gas-hydrogen blend is a step up from 100% fossil fuels — but it still demands 80% of the gas currently in use. That's hardly a fossil-free future, critics are swift to point out.

"This is an industry that has fought to undermine climate action," Sasan Saadat, a policy analyst for Earthjustice, an environmental law group, said of the utility sector. The industry "has a vested interest in maintaining a fossil-based energy system."

Energy Innovation pointed to research that shows blending hydrogen into gas pipelines for use in buildings and power generation would increase customer costs, exacerbate air pollution and cause safety risks while minimally reducing greenhouse gases. Because hydrogen molecules produce less energy than methane when burned, a 20% hydrogen blend would provide only a 6% to 7% reduction in total greenhouse gas emissions — at a much higher cost, the research found.

As such, some climate advocates say the promotion of hydrogen by gas utilities amounts to greenwashing and provides a justification for extending the life of their existing fossil-fuel infrastructure. They warn hydrogen's environmental benefits are limited and its use should be confined to those hard-to-decarbonize sectors of the economy, like industrial uses.

In response, the gas industry said climate change can't be addressed without using every rational greenhouse gas reduction measure available now, plus any that become possible in the future.

"We don't start a diet by saying you can't have low-fat yogurt because we like vegetables only," said Richard Meyer, vice president at the American Gas Association, an industry trade and lobbying group, referring to the importance of making steps in the right direction. "We've got to keep all of our options on the table and hydrogen blending will be one part of the solution set to help decarbonize electricity, gas and our overall energy system."

It's not only blending pilots that utilities are exploring. Some are also hoping to add a new revenue stream by pumping pure green hydrogen for industrial users like power plants, factories and long-haul trucks. SoCalGas's Los Angeles project aims to displace up to 3 million gallons of diesel per day.

Even pure green hydrogen brings its share of environmental challenges. A recent research paper by the Environmental Defense Fund that's currently undergoing peer review found that when too much of it leaks into the atmosphere, hydrogen risks contributing to climate change. Likewise, burning hydrogen in power plants can produce lung-damaging nitrogen oxides as a byproduct that will need to be accounted for, according to studies. Those emissions could be reduced through advances in pollution control technology or using lower amounts of hydrogen, but that could raise costs and increase inefficiency, an Earthjustice report said. Hydrogen can also be run through a fuel cell to produce electricity without emissions.

Challenges aside, some type of clean fuel will be needed to hit net-zero carbon goals, according to gas utilities, pointing to decarbonization studies. Hydrogen could help backstop renewables on the grid, they say; the fuel will also be needed to reduce emissions from more industrial sectors of the economy such as manufacturing and shipping.

So What Now?
Concerns about hydrogen's viability will need to be addressed if utilities want it to become the fuel of the future they're banking on. That's not stopping them from plowing ahead in the meantime. California's SoCalGas is one of the furthest along in exploring the possibilities of hydrogen. And no wonder it's out ahead: Its position as a gas utility in a state that wants to be net-zero carbon by 2045 puts it in a precarious position.

"I think we need to be investing now in hydrogen to realize its potential in the years ahead," Maryam Brown, president of SoCalGas, said in an interview. The company's own analysis shows that using clean fuels can help California reach its climate goals faster while saving customers as much as $75 billion in transition costs.

The utility had earlier fought against the state's anti-gas movement; in February, it was fined about $10 million for using customer money to advocate against more stringent energy-efficiency standards after it was told to stop the practice years ago. Now, it's changed its tune — and the new tune is clean fuels, including hydrogen. As of this year, SoCalGas has more than 10 pilot projects underway testing the possible uses of hydrogen, said Yuri Freedman, senior director of business development for SoCalGas.

"We have a goal," Freedman said in a interview, "and hydrogen is a major piece of the puzzle to get to that goal."