Long-haul locomotive transportation is one of the most prevalent methods of shipping goods in the United States that presents significant environmental concerns. Although the emission signature of locomotives is approximately 5% of the national total, locomotives in urban air basins substantially degrade local air quality.

Similar to passenger vehicles and diesel freight trucks, locomotives have been assigned a limiting tier-based schedule of emissions standards to promote ongoing reductions in the emission of NOx, CO, hydrocarbons, smoke, and particulate. Satisfying, and potentially exceeding, the Tier standards will be facilitated by a new technology to replace the conventional combustion reciprocating engine that today powers the modern diesel electric locomotive.

The National Fuel Cell Research Center (NFCRC) has investigated the feasibility of using a solid oxide fuel cell (SOFC) and a gas turbine (GT), known as an SOFC-GT technology in locomotives.

With state-of-the-art specifications for system sizing, the NFCRC has established that it is technically feasible to design, build and install a sufficiently powerful hybrid SOFC-GT system in a long-haul locomotive engine compartment of the future (Figure 1).

NFCRC researchers also developed dynamic simulation and control capabilities for the SOFC-GT locomotive operating on diesel fuel, natural gas, and hydrogen, and established that a hybrid SOFC-GT locomotive could be controlled and operated in the typical fashion to power a locomotive over the elevation and grade of the Cajon Pass.

The NFCRC has received funding from the Federal Railroad Administration in collaboration with the U.S. Environmental Protection Agency, the U.S. Department of Energy, the California Air Resources Board, and the South Coast Air Quality Management District to complete a prototype design analyses, identify technology partners to construct a prototype for testing and plan, and prepare a prototype test of the hybrid SOFC locomotive concept. 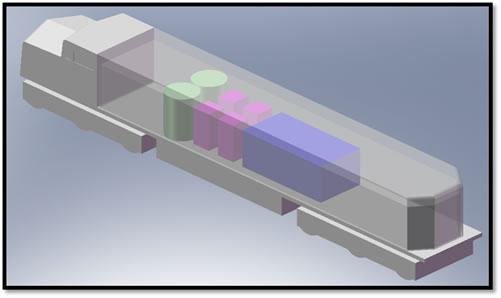 Figure 1. Artist Rendering of the Hybrid SOFC-GT System as Installed In the Locomotive Engine Compartment